Kantipur Television, one of the major television networks in Nepal, announced in its daily news segment (January 30, 2018) that Nepal is going to launch satellite in collaboration with Kyushu Institute of Technology, Japan by 2019. Nepal Academy of Science and Technology (NAST)'s Vice Chancellor Prof. Jiba Raj Pokharel was also interviewed in the process. NAST is the stakeholder for Nepal in the BIRDS-3 Satellite Project [HERE].


The report had, however, incorrectly stated that the satellite will weigh 10kg. BIRDS-3 Satellite Project is a constellation of three satellites of the CubeSat standard; each weighing about 1kg. Participating countries are Sri Lanka, Nepal, Bhutan and Japan. It will also be Sri Lanka's first satellite and will be named Ravana-1. There will to major missions; Store and Forward using low powered LoRa band and Imaging Mission for social outreach activities.

The news article can be viewed on Youtube. You can watch the segment without leaving the page below and has been directly jumped to the piece. 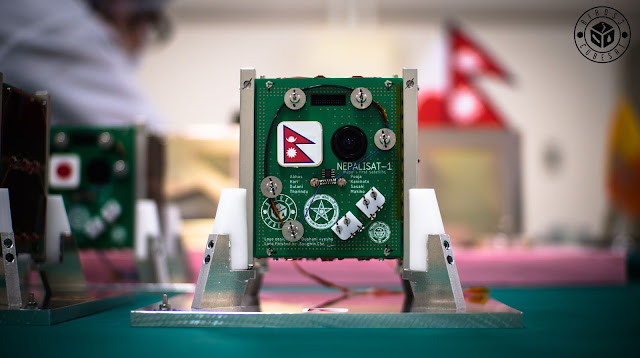